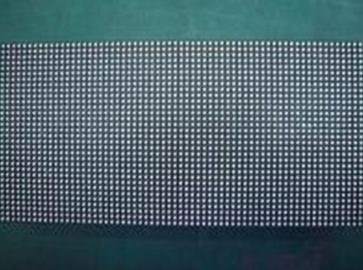 Every evening, when the night comes, the various LED screen advertisements in the streets and alleys of Changchun City attract attention. With the jumping of lights, various patterns appear from time to time. However, behind the bright and colorful LED screen, it has also created problems that have plagued people's lives. Among them, the most prominent is LED display light pollution.

It is understood that the LED display installation settings, broadcast content by the relevant departments of the approval and supervision, but there is no uniform standard in terms of brightness, which has become a law "blind spot." How big is the LED screen's impact on the public? How to supervise LED light screen "light pollution"? Recently, the reporter conducted a survey interview.

Installation of LED display does not require EIA

It is understood that at present, China does not have relevant laws and regulations to restrict such "light pollution", nor does it have the same definition criteria as noise pollution. It is difficult to make specific handling of such complaints.

According to industry sources engaged in LED manufacturing, LED light national standards are brewing, controversial LED light pollution problems will be effectively curbed. The person in charge pointed out: "The advantages of environmental protection and energy saving of LED lamps are no longer controversial, and the only thing that needs to be resolved at present is light pollution. A group of companies in the industry that cannot keep up with the strength and technology will be eliminated by the market with the introduction of the national standard. Nearly 30% of LED companies face this fate."

Regulate the LED display size to develop the brightness standard

The reporter learned from the interview that the installation and setting of the LED screen was approved and supervised by the relevant departments. The only exception is that there is no uniform standard in brightness. This has become a â€œblind spotâ€ in the regulations. The relevant person in the environmental protection department stated that light pollution and noise pollution are different, noise can be measured in decibels, and light pollution standards are difficult to define.

Many citizens also stated that not only the LED display of the bustling shopping district, but also many commercial and residential high-rise buildings on the streets of Changchun have installed various advertising neon lights. The colors of the lights are constantly changing at night, and they are often clearly separated by one or two kilometers. Obviously, it has a great impact on the households. â€œI hope Changchun can develop a brightness standard for these LED displays and advertising neon lights as much as possible, for example, it can give the maximum brightness limit of LED advertising screens, and distinguish the standard of day and night.â€ In the interview, many citizens suggested this way.

In the interview, a lighting engineering technician also introduced that actually reducing the brightness of the LED screen is quite convenient. By setting parameters in the background software, the brightness of the LED screen can be lowered in one minute. At the same time, some stakeholders in the construction industry believe that the relevant departments should strengthen the planning and management of the outdoor electronic display settings, strictly examine and approve, reasonably distribute points, and standardize the size of electronic display screens.