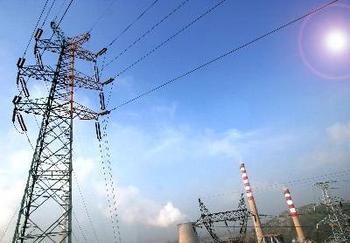 On the 19th, at the third China Electric Power Development and Technology Innovation Forum, the theme of "Innovation-Driven Development" was used to discuss the latest developments, latest achievements and cutting-edge technologies in energy and power research at home and abroad, and to look forward to the development trends of China's energy and power technologies. It is reported that the forum was hosted by the China Electric Power Research Institute and has been held twice since 2009.

For the development of UHV, Liu Zhenya said: â€œAt present, the development of UHV has formed a broad consensus and the conditions for full acceleration have been met. At the same time, UHVâ€™s success is to build transnational and transcontinental transmission channels, establish intercontinental power markets, and promote global energy resources. Optimal allocation provides strategic options, such as transmission from China, Mongolia, Russia's Far East, and Kazakhstan to Europe, which is not only technically feasible but also fully economically competitive."

In addition, Liu Zhenya believes that â€œthe power grid is the carrier for transmission, and it is also the platform for the electricity market. The key to electric power reform is the introduction of measures such as the electricity pricing mechanism, which is determined by software, not hardware.â€

Subsequently, the honorary chairman of the conference and the vice president of the Chinese Academy of Engineering Xie Kechang stated in the keynote report: â€œThe power grid is the physical platform supporting the construction of the power market system. It plays a role in the promotion of the market system and the competition mechanism. With regard to regulatory capabilities, any reforms and innovations must for the first time guarantee their safety, stability, and economic performance, and they must not reform for reform."

In addition, the participants also discussed "electric power system and automation," "energy and power generation," "transmission and transformation projects," and "electrical materials and electricity." In the four sub-venues, several academicians and experts discussed the key issues of â€œmulti-end HVDC transmission technology development and challengesâ€, â€œstrategic thinking on clean energy in Chinaâ€ and â€œlarge-scale renewable energy power transmission and grid connection in the western region. The 26 topics, including the â€œNew Energy, Smart Grid, and the Development of Global Electric Vehicles,â€ were used for presentations and technical exchanges.

12V Battery Pulse Restore  off-line System fully take into account the inconsistent of the physical resonance frequency between lead sulfate crystal and battery plates, select the optimal frequency of pulse waveform and pulse current intensity to "break" and "decompose" the lead sulfate crystals, ensure the best restoration effect of sulfide battery without any damage to the plates. In order to Reduce Internal Resistance and Increase Battery Capacity and Voltage effectively.

Product features
1.  The smart pulse with fast rising front is resonant with the crystal of lead sulfate to dissolve the large lead sulfate crystal under the action of charging pulse, which can improve the capacity and prolong the service life of the battery.
2.  No need to add any chemical additives, does not change the internal electrolyte composition of the battery, safe and reliable; For water loss batteries only need to add deionized water before restoring. The output pulse voltage and pulse current are strictly limited.
3.  4 independent output, can repair 4PCS 12V/4.5Ah-300Ah cells at the same time without interference.
4.  Each system is equipped with "capacity selection" gear, according to the different capacity of the battery to select the precise gear, can be ensure better protection of battery plate in repair working.
5.  Each system is provided with automatic repair function, automatic repair system will smartly adjust the pulse duty ratio based on the size and conditions of the battery without anyone on duty.
6.  Each system is equipped with "High resistance repair" function, select the high resistance repair, specially for the long term stored batteries, even if the OCV is 0 Volt, but also can be easily activated.