Many of the early demos of virtual reality heads have talked about such an application prospect, allowing designers to interact with real 3D models in the virtual space, but DesignSpace seems to be one of the first to achieve this functionality. 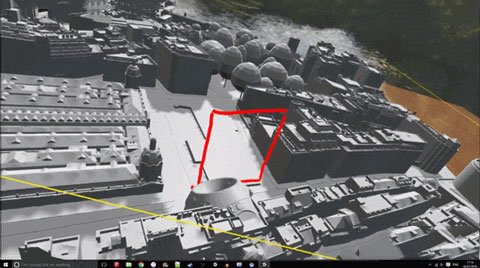 DesignSpace was first presented at the 2015 AEC Hackathon competition in London and was developed by Thomas Van Bouwel. With HTC Vive, designers, architects, and urban planners can immerse themselves in their designs. The basic version allows the user to place the benchmark image in a virtual space, and can freely move the position, resize the model, add a simple block, or even frame the model directly. You can use the HTC Vive Motion Controller to move the model's position, zoom in and out, adjust the size of the virtual item, and make rotation adjustments.

Van Bouwel said in the video that the software is designed to give designers a better understanding of their design in space. He also pointed out that "in the next few weeks" will be added to the network function, allowing multiple designers to collaborate in real time in the same virtual space, in addition to more advanced 3D modeling tools.

For advanced users who want to experience, you can download prototypes on GitHub