The automotive industry is the most widely used field of robotics, and the high degree of automation in automotive manufacturing has made robots appear more and more in factories. However, this is not enough. The Internet era puts higher demands on industrial manufacturing. The automation factory is further upgraded, adding the concept of interconnection: connecting the machines and people of the factory to the network, between machines and machines, between people and machines. Achieve dialogue.

Relying on the combination of information physical system (CPS) and information communication technology, the factory will introduce big data technology for analysis and optimization management. In the computer virtual environment, the whole production process will be simulated, evaluated and optimized, and finally, automation and intelligence will be realized. Interconnected manufacturing.

In the German concept, a factory that can realize this type of manufacturing is called a smart factory. One of the development directions of the Industry 4.0 strategy is the smart factory. In this new revolution, automakers, component suppliers, and software providers all have their own interpretations of smart factories from the perspective of their own needs, which brings different levels of practice and different forms of intelligence. Manufacturing solutions.

From manufacturing to "intelligence"

Widely used in the automation, digital and intelligent workshops of the automotive industry, it has become an important carrier for automotive intelligent manufacturing. Here, fewer and fewer workers can be seen. Instead, an intelligent robot with only efficiency and precision is replaced. More and more key processes have been replaced by robots. In recent years, there have been â€œunmannedâ€ workshops. Complex operations such as arc welding, spot welding, assembly, handling, painting, inspection, palletizing, grinding and polishing, and laser processing have all been handed over to industrial robots to make a conveyor belt. Different types of robots have a clear division of labor and are on both sides. In just one minute, a complete car is "born" in the robot's "hands-on". 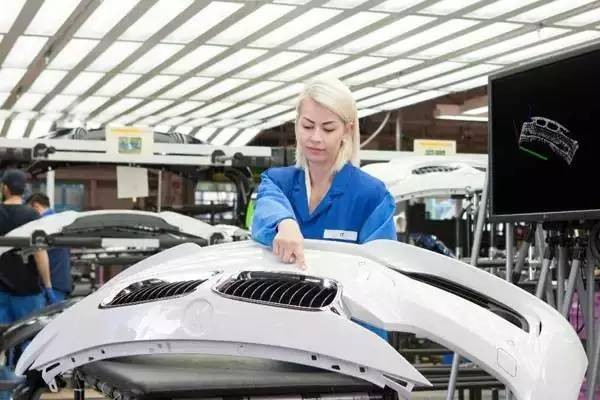 Automobile factory in the era of Industry 4.0

The welding robot is an advanced welding equipment developed on the basis of industrial robots. It is an industrial robot engaged in welding (including cutting and spraying). It is mainly used in the field of industrial automation. It is widely used in the manufacture of automobiles and their parts, motorcycles, engineering. Machinery and other industries have been widely used in the four major production processes of stamping, welding, painting and final assembly of automobile production. Among them, arc welding and spot welding are the most widely used. Compared with manual, robot welding has three advantages: stable quality, high efficiency and safety.

In the production of automotive interior parts, the skin weakening robot, the foaming robot, and the final product cutting robot are required. Due to the heavy workload and high risk, the painting of the automobile body is usually replaced by an industrial robot. In recent years, in response to the development trend of flexible, flexible, intelligent and informational technologies in modern automobile manufacturing technology, the domestic automobile manufacturing industry has introduced AGV (also known as mobile robot) technology in automobile production, so that the production organization of automobile assembly, Information management and logistics technology have achieved a qualitative leap.

At the hydraulic production line of the Bosch Humboldt factory in Germany, all parts are equipped with a unique radio frequency identification (RHD) and can automatically talk to the level along the way. When the workpiece reaches a certain station, the display will correspond accordingly. Prompt the specific work content that the employee needs to handle, and each workstation can be automatically adjusted according to the employee's personalized settings.

Bosch applies the concepts and technologies of Industry 4.0 in more than 250 plants around the world. Its plant in Suzhou, China is also one of its industrial 4.0 pilot sites, where the implementation from basic paperless office to automated material handling systems has beenâ€” -Become reality. In the future Bosch factory, a video image of a tablet will give comprehensive information and maintenance instructions for the displayed components, and workers can process the information directly through the touch screen.

HeinrichHiesiTIger, chairman of the board of the German ThyssenKrupp Group, believes that the implementation of the concept of Industry 4.0 is to do a lot of preparatory work. For example, IT infrastructure must be prepared, network speeds must be secured, and these new infrastructures must be integrated into existing production facilities to ensure efficient delivery and delivery of large amounts of information and data.

Today, the ThyssenKrupp Group wants to connect more than 2,300 IT networks in different locations through high-speed and ultra-wideband infrastructure. Another important prerequisite is the automation of production facilities. In November 2014, ThyssenKrupp Engine Systems (Changzhou) Co., Ltd. officially opened. This engine system production base will produce engine cylinder head cover module assemblies for China.

Throughout the production process, the customer can know all the steel plates in real time, and can also change some sequences, or some production requirements. As long as you tell ThyssenKrupp 8 hours before the steel plate is put into production, you can make changes immediately. This process has now been implemented at a factory in Germany.


And can form a triangular stable support with the ear, even if running and riding, vigorous fitness is still close to the ears, wildly shake off.

Description of connection OK
music doesn't wait
After the first successful pairing, the boot automatically back up, no unnecessary operation
When the earphone is turned on, it can be automatically reconnected.